A crowd of three dozen poetry lovers gathered in San Francisco’s Mission District at Alley Cat Books and Gallery to hear poems from I Am Going to Fly Through Glass: The Selected Poems of Harold Norse. This reading featured three writers who were all close friends with Norse and who shared various tales of their time with the master poet.

The evening began with the book’s editor Todd Swindell who explained how he met the acclaimed Beat poet through the introduction of Chicano Surrealist poet Ronnie Burk, whom Swindell knew through his involvement with the AIDS protest group ACT UP San Francisco. There was also a brief tribute to Harold’s good friend Judith Malina, founder of The Living Theater, who had died the day before. Swindell continued with an excerpt from Norse’s lengthy prose poem “HOMO” which described the history of homophobia and the transformative power of gay love. 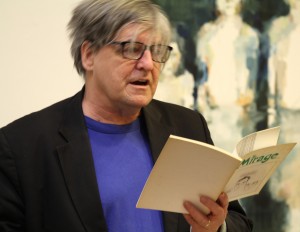 San Francisco author Kevin Killian followed by reading a poem not featured in the selected edition titled “Rescue Remedy” which he first published in the premier issue of the literary arts magazine Mirage. Written in the early 1980s, the poem begins as an elegy to the city’s gay men who were dying from AIDS and continues as a playful list of the healing properties of various herbs and elixirs. The work draws on Harold’s extensive knowledge of alternative healing and his frequent visits to San Francisco’s Rainbow Grocery.

crab apple for those who feel something is not

quite clean about themselves

gorse for feelings of hopelessness and futility

and a need for love 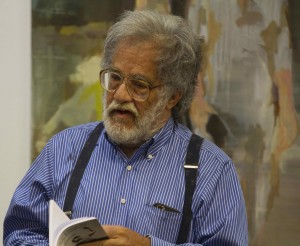 Renowned lyrical poet Neeli Cherkovski began with his tribute poem to Norse, “Hydra”, about the famed Greek island where Norse lived in the mid 1960s. It was during that time he befriended the young unknown Canadian folk singer Leonard Cohen who was working on his soon to be published novel Beautiful Losers. The poem is featured in Cherkovski’s latest collection The Crow and I.

Another reading celebrating Norse’s work is coming up in Sonoma County on May 9th at 1:30 PM at Copperfiled’s Books in Petaluma. 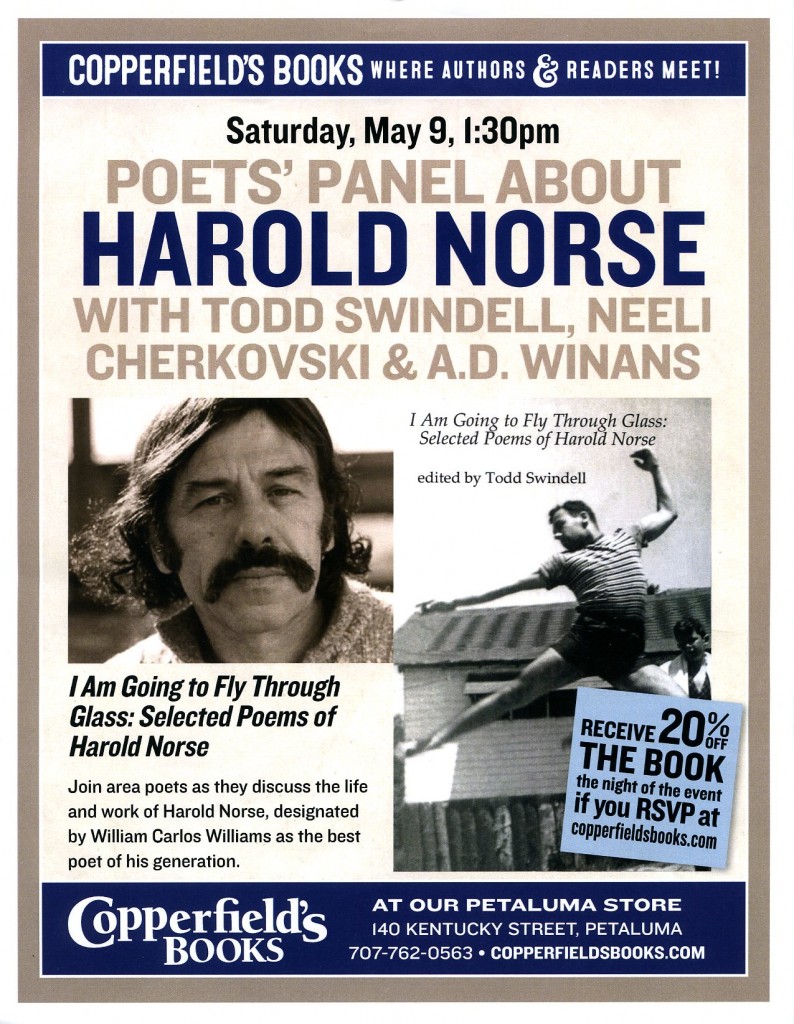