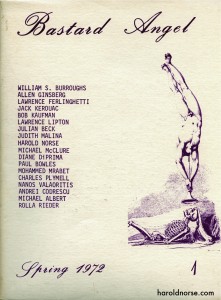 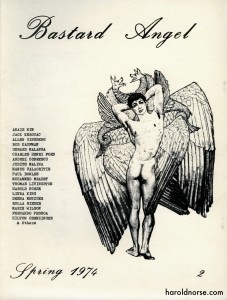 The most recent issue of UK based Beat Scene features a lengthy piece about Harold Norse’s magazine Bastard Angel.  Though it only ran for three issues in the early 1970s, Bastard Angel is remembered as an eclectic mix of writers and artists from the earlier generation of Beat writers to then up and coming authors. 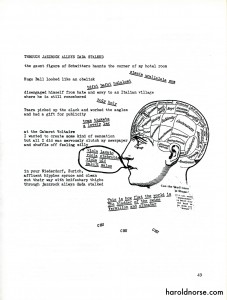 Harold founded the magazine shortly after his arrival in San Francisco in 1971. Energized by the city’s poetry scene and his contact with a younger generation of authors, Harold wanted an outlet for these creative voices. The title Bastard Angel was something of an avatar for the bard from Brooklyn, who never knew his birth father.

The image to the left is an excellent example of the magazine’s mixture of collage and poetry, in this case Harold’s ode to Cut Up progenitor Kurt Schiwtters. The vibrant layout of the publication added to its attraction. Harold had also been inspired by the underground publications he read while living in Venice Beach including the L.A. Free Press and John Bryan’s Open City. 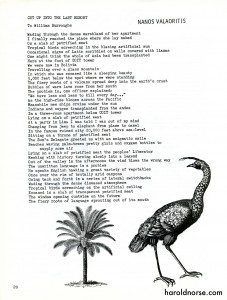 But it wasn’t only writers form the early Beat days who made the editorial cut, as Harold  welcomed the voices of rising talent like Neeli Cherkovski, Andrei Codrescu, Erica Horn and Adrian Brooks. The gathering of seasoned and emerging voices is part of what made the magazine so strong. 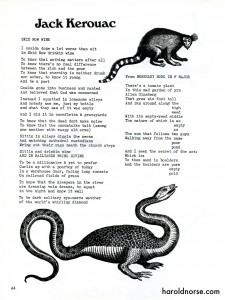 A major coup was the inclusion of what I believe to be previously unpublished poems that were provided by Allen Ginsberg. The poet Jack Hirschman translated a long poem by French author Jen Genet by using alexandrian lines. The magazine also featured literary reviews and correspondence.

Bastard Angel’s final issue, No. 3, coincided with a major exhibition on the Beats at San Francisco’s DeYoung Museum. Though the publication proved to very popular, finding a home inside libraries and universities, its success was also part of its downfall. Like with most creative endeavors, funding was an ongoing concern. Ultimately Harold’s poetry work took precedence as he began work on many poems in the mid-1970s which are among his strongest.

As momentum builds for Harold’s 100th birthday this summer, it’s fitting that Bastard Angel should take flight once again. Stay tuned for more updates about the Norse Centennial celebrations including an online book sale of rare and out of print Harold Norse books. In future posts, I’ll delve more into the Bastard Angel archives but, in the mean time, here’s the article from Beat Scene, with thanks to Kevin Ring. Click on the images to enlarge them to reading size. 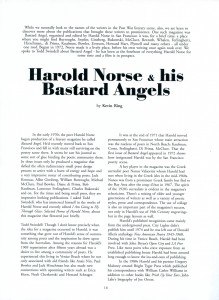 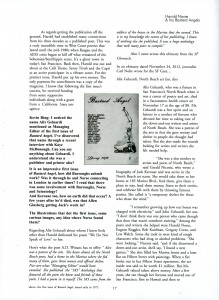 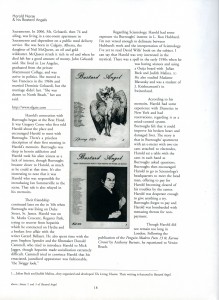 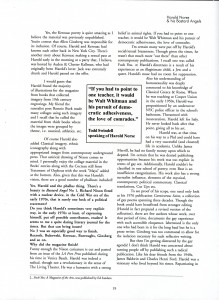 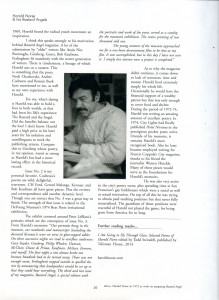