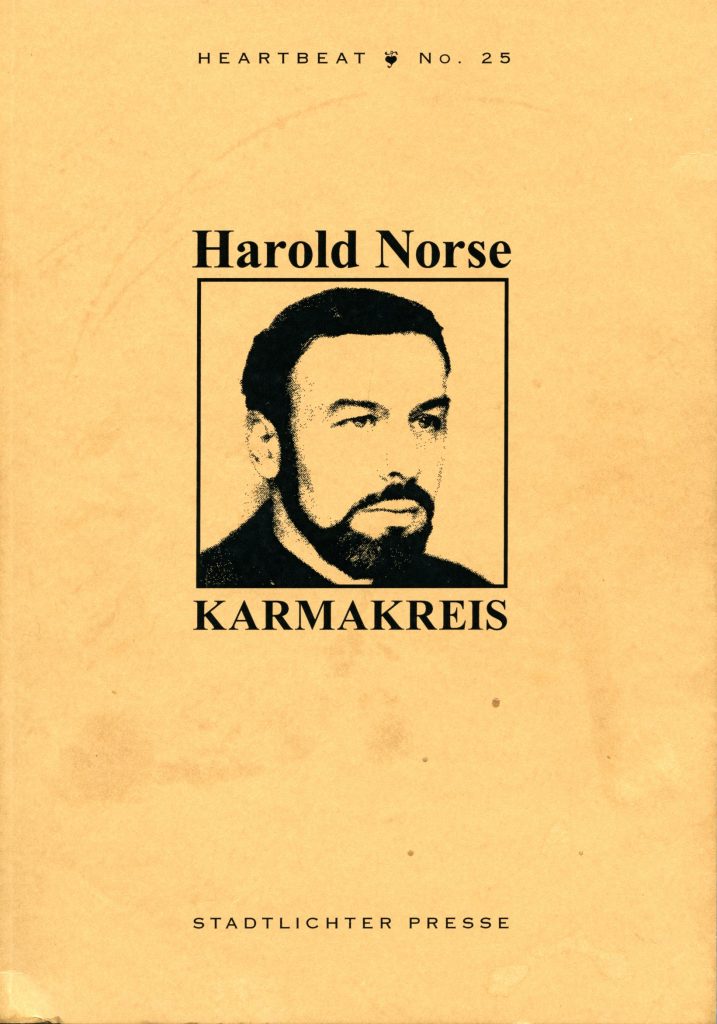 The international attention to Harold Norse’s legacy continues with a new German translation of his book Karma Circuit by Stadtlichter Presse. The translation and publication are the work of Ralf Zühlke who first discovered Beat literature through a paperback edition of Jack Kerouac’s On The Road while a young man growing up in East Germany. After the fall of the Berlin Wall, Ralf discovered translations of Burroughs and some poetry by Ginsberg but none by other Beat writers.

His series of publications titled Heartbeats focuses on work by lesser-known writers that are printed in small editions so they may be kept in print over time. Among the titles are works by John Wieners, Diane Di Prima, Gregory Corso and Lenore Kandel. Harold’s original title is translated as Karmakreis. 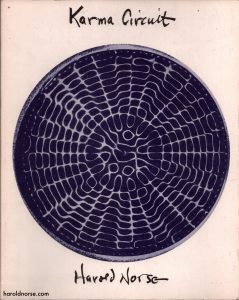 The first English language publication of Karma Circuit was by Nothing Doing in London in 1966 and it was later republished in 1972 by San Francisco’s Panjandrum Press. The book was assembled during Harold’s time living on the Greek Islands and features some of his best known poems including “Classic Frieze in a Garage,” “I Am in the Hub of the Fiery Force,” and “William Carlos Williams.”

The book features what appears to be an informed afterword by Judith Pouget that runs nine pages. Additionally Ralf has included six pages of footnotes explaining some the poems cultural and biographical references.

Harold was rightfully proud of the many languages in which his poetry had been translated, among them Spanish, Italian and French. In 2014, Norse’s poetry was translated into Greek by the poet Yannis Livadas. 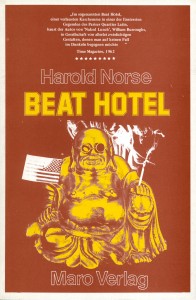 It was thanks to the German translator Carl Weissner that Harold’s cut up novel Beat Hotel was first published in 1975 by Maro Verlag then republished in 1995.

Weisnner, along with Claude Pélieu and others, was among those who continued to explore the cut up approach to writing which had begun at the Beat Hotel. His influential publication Klacto featured work by Norse, Burroughs and Bukowski.

Stadtlichter Presse has certainly succeeded in making Harold Norse’s life and work available to German speaking readers. Next year, they plan to publish translations of poems by San Francisco poet A.D. Winans whose “Poem for Harold Norse” was included in a memorial collection of poetry for Norse published in 2010.