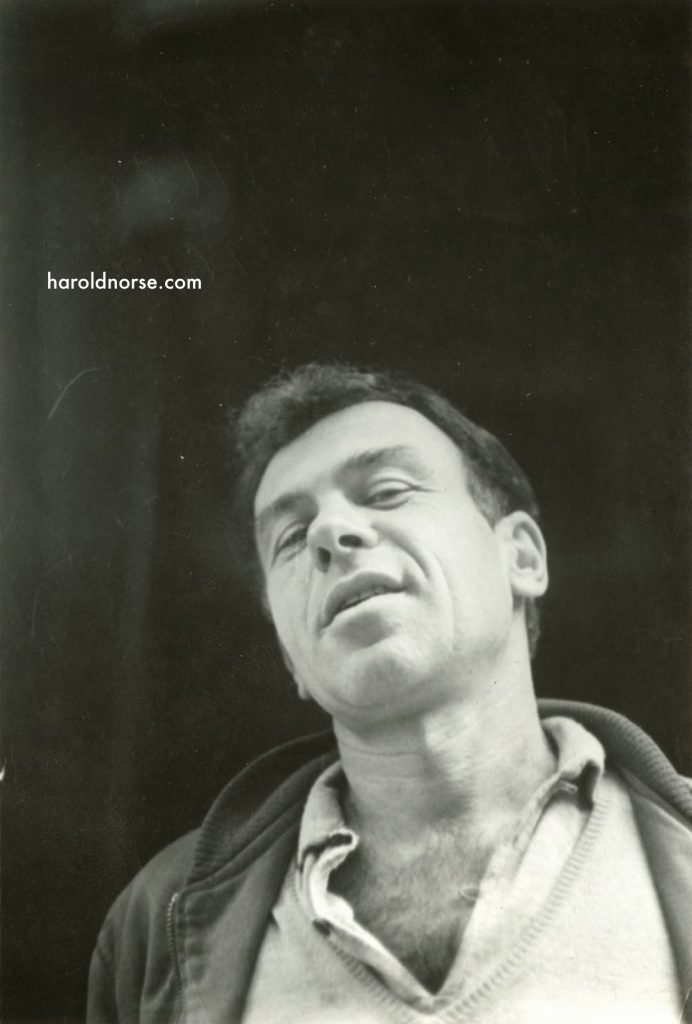 I’m pleased to share news of the release of Harold Norse’s magical cut-up recordings from his time at the Beat Hotel in the early 1960s.

Joining the ranks of his poet friends Ira Cohen, Allen Ginsberg and Eddie Woods, Harold’s recordings are now available from Bart De Paepe’s Sloow Tapes in Belgium under the title Take a Chance In The Void: Harold Norse at the Beat Hotel. This is a cassette only release whose low-fidelity technology is an excellent format for these historic analogue recordings.

Originally recorded on a reel-to-reel tape machine, the cassette features Harold reading from his translations of the satirical sonnets of 19th Century Roman poet G.G. Belli, along with some of his then recent cut-up works. There are also what could be called field recordings of local Parisians telling their tales and singing songs while visiting Harold’s room.

Harold said of the Beat Hotel, “This fleabag shrine will be documented by art historians.” The small hotel, located on Paris’ Left Bank near the Seine river, housed, at various times, Beat writers from Allen Ginsberg and Peter Orlovsky to William Burroughs and Gregory Corso, whose residencies coincided with Harold’s.

It was during this time that Harold participated with Burroughs and the painter Brion Gysin in developing the Cut-Up technique. Taking abstract elements from painting, they introduced them into literature by physically cutting up text to produce hallucinatory images freed from the rational mind. This process became the basis of Burroughs’ Nova Trilogy of novels The Soft Machine, The Ticket That Exploded and Nova Express.

Harold’s first cut-up, “Sniffing Keyholes”, singled out by Burroughs and Gysin as a major step in the development of cut-ups, was first published in Ira Cohen’s literary journal GNAOUA. A collection of Harold’s cut-ups were published in the brilliant novella Beat Hotel.