The next poetry reading for I Am Going to Fly Through Glass- The Selected Poems of Harold Norse will be in San Francisco’s Mission district at Alley Cat Books on Saturday, April 11th at 7 PM with San Francisco writers Kevin Killian and Neeli Cherkovski along with the book’s editor Todd Swindell. 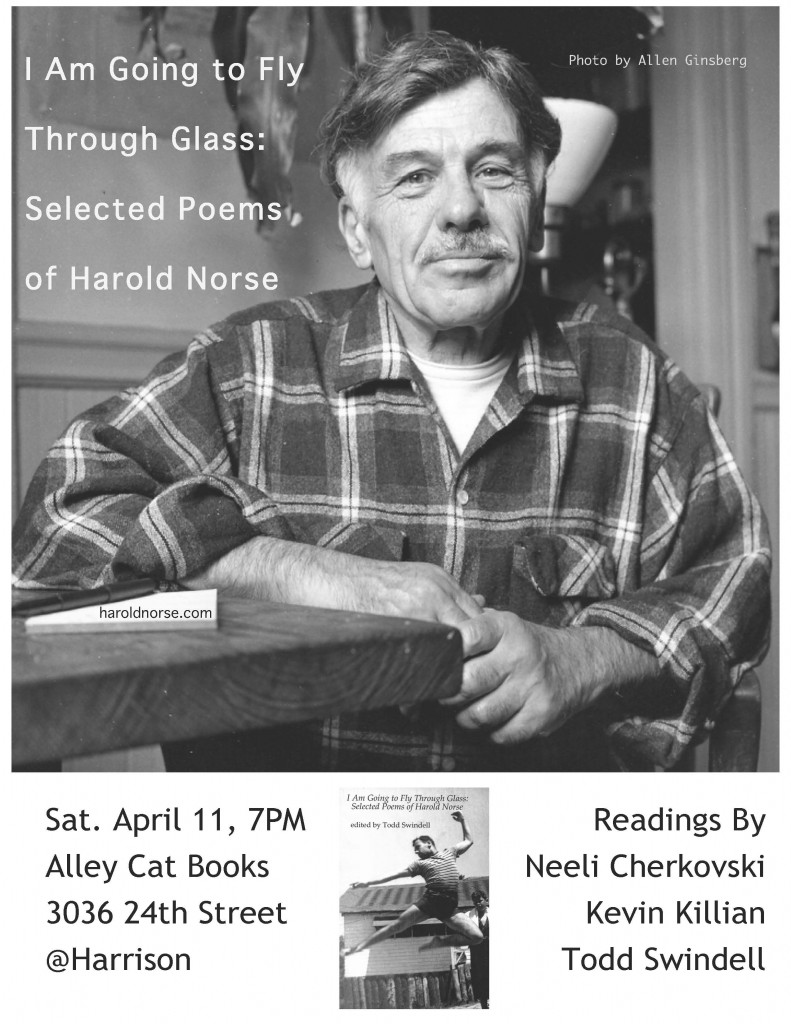 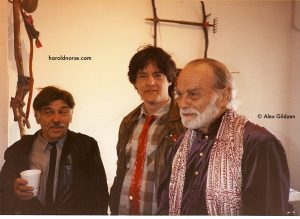 Harold Norse, Kevin Killian and James Broughton, San Francisco, 1987. Photo by Alex Gildzen.This will be the first reading featuring Kevin Killian who knew Harold back in the 1980s and was the first to publish Harold’s poem “Rescue Remedy” later included in The Love Poems 1940-1985. This fantastic photograph of Kevin with Harold and James Broughton in San Francisco, 1987 is courtesy of Alex Gildzen’s blog Arroyo Chamisma.

For many years Kevin has helped preserve the work and legacy of poet Jack Spicer- a key participant in the 1950s San Francisco poetry renaissance that included Kenneth Rexroth and Robert Duncan and which influenced many of the Beat writers. His acclaimed biography of Spicer, Poet Be Like God, co-written with Lew Ellingham, was published in 1998. He also edited, with Peter Gizzi, the excellent collection My Vocabulary Did This to Me- The Collected Poetry of Jack Spicer. The title comes from Spicer’s last recorded words; Harold’s were “the end is the beginning.” 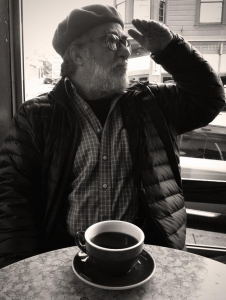 A previous post focused on Neeli Cherkovski’s friendship with Harold and the influence he and William Carlos Williams had on Neeli’s poetry. I’m pleased to have Neeli return once more to help share Harold’s work and excited for Kevin to join us. This is the kind of event which could only happen in San Francisco- an excellent representation of what’s being lost in the gentrification sweeping the city. One of the remaining holdouts is on 24th Street in the Mission District. Alley Cat Books and Gallery was among the first stores to stock Harold’s selected poems. Please join us and bring your firends.