The folks at the Beat Museum have done it again. Following last year’s fantastic Herbert Huncke Centennial event, the Beat Museum has designed another sensational promotional poster. It features a photo of Harold taken in 1961 outside the Beat Hotel where he was living along with William Burroughs and Brion Gysin, who were practicing the Cut Up- a process of applying montage to writing. 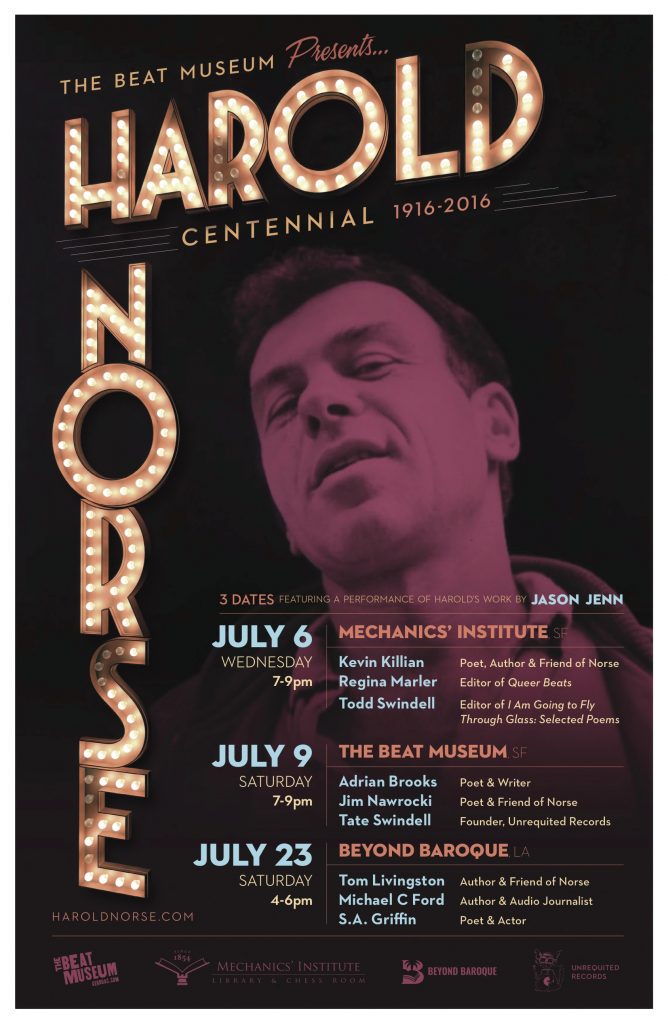 As previously mentioned, three Harold Norse Centennial events are happening in California during the month of July. The Beat Museum is co-sponsoring these dates as a kick off to a year of events which they will be curating. Harold’s final poetry readings were hosted by the Beat Museum, so it’s great to be returning to North Beach on July 9.

Also there has been a change in the July 9th line up, as poet and writer Adrian Brooks has offered to participate in the evening’s panel. He first met Harold in the early 1970s, upon the suggestion of Gerard Malanga, and the pair became friendly, with Adrian assisting in some of the preparation for Harold’s Bastard Angel magazine. Adrian’s public speaking engagements are rare, so I’m thrilled he’s agreed to join a truly special presentation, as all the #HaroldNorse100 events will be. 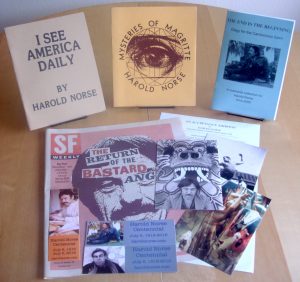 For those interested in obtaining copies of Harold Norse’s rare, out of print books, such as Beat Hotel, Memoirs of a Bastard Angel, and Hotel Nirvana, there is an online book sale happening during the month of May.

Each Book Bundle comes with rare Norse ephemera and material created exclusively for Harold’s hundredth birthday. All proceeds support the Harold Norse Centennial. With a number of offers reasonably priced, including 3 commemorative bookmarks for $5, there is something for everyone. Find out more about the book sale here.