“Attention must be paid,” was the famous line from Arthur Miller’s play Death of a Salesman. It appears the Harold Norse Centennial has begun to engender some of that past due attention to his legacy. 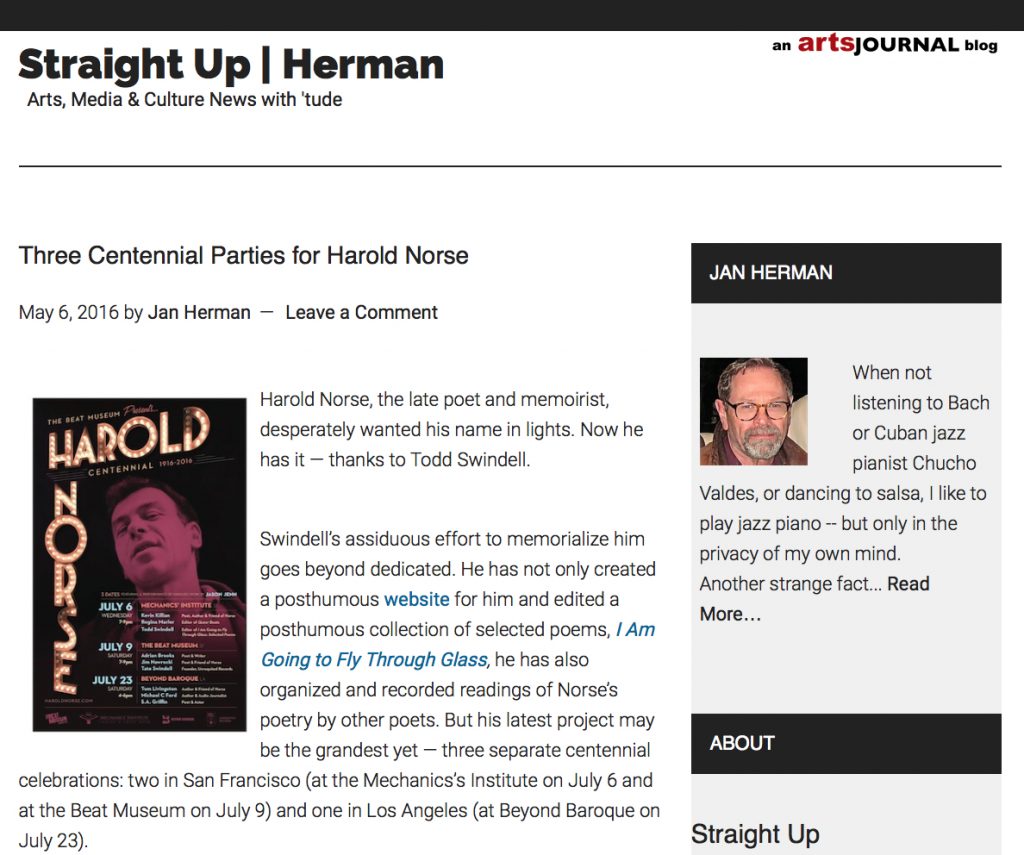 These days Jan’s writing can be found at ArtsJournal. His latest post focuses appreciation on the Harold Norse Centennial and my work here at haroldnorse.com. Read the complete article here. 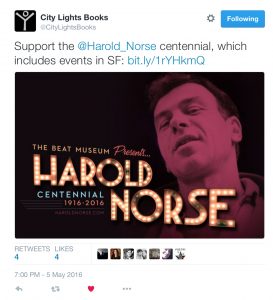 In addition to Jan Herman’s article, the folks over at City Lights Books gave a shout out to #HaroldNorse100 San Francisco events and ongoing book sale on their Twitter account.

Accessibility of information and material about Harold Norse on the Internet is crucial for introducing him to people who may not have heard of his work or unable to find his books at their local library. Thanks to City Lights Books for using their platform to bring more attention to Harold Norse’s poetry.

There are still a couple weeks remaining for the online Harold Norse book sale at indiegogo. Featuring a selection of rare, out of print works, this is an exceptional chance to obtain copies, in mint condition, of Harold’s books. 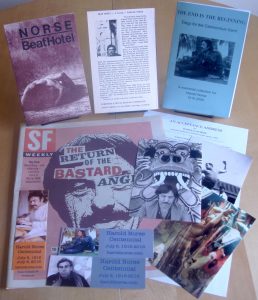 Each book bundle comes with a bevy of extras including commemorative book marks, photographs and text by Norse including his acceptance speech for the 1991 National Poetry Association’s Lifetime Achievement award.

This week’s featured book is Harold’s Cut Up novel Beat Hotel first published in English by Atticus Press in 1983. This one of the few Cut Up publications written entirely at the famous hotel at 9 rue Gît-le-Cœur, on the Left Bank of Paris, and includes a foreword and text by William Burroughs.

These are fast becoming collector’s items, so visit the campaign to purchase your own copy.