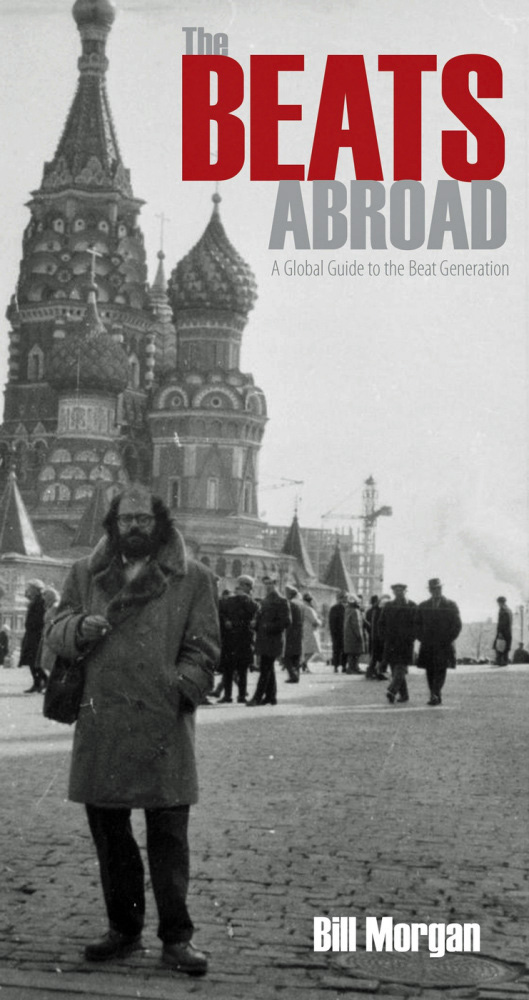 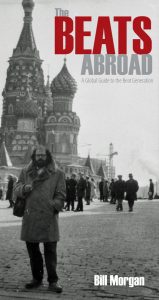 City Lights Books recently published the final edition in their popular set of pocket travel guides about Beat writers. The Beats Abroad, A Global Guide to the Beat Generation completes the previous installments for New York City, San Francisco and America at large. The series was written by Bill Morgan who is best known as biographer and bibliographer for Allen Ginsberg and Lawrence Ferlinghetti.

In recent years Bill has brought some overdue attention to lesser celebrated participants in Beat literature. His edition of Peter Orlovsky, a Life in Words appeared in 2014. Drawn from journals, correspondence, poems and photographs, this the most comprehensive collection of Orlovsky’s writings in print and the closest we can come to reading Peter’s own story.

In The Beats Abroad, Bill Morgan has added Harold Norse to the list of those Beat writers meriting further attention. The Bastard Angel of Brooklyn pops up a number of times in the book with his own entries for Italy, France and Greece. Though Harold lived in many other countries during his fifteen years abroad, it was in those three countries where some of his most significant work was written.

When he left America in 1953, Harold headed straight to Italy where he spent the next five years. Following a brief stint dubbing American films into Italian, Harold survived on minimal stipends from benefactors that were supplemented by the occasional job teaching English. While in Rome, he translated Italian poets from the pornographic verse of the Classical poet Catullus to the 19th Century anti-papal Roman sonnets of Giuseppe Gioanchino Belli.

The translations success was due to Harold’s use of his native Brooklyn vernacular to convey the essence of Roman dialect. A selection of then were published in 1960 with an introduction by Harold’s mentor William Carlos Williams.

While living in Rome, Norse would often drink coffee at Rosati’s on the Piazza del Popolo with poet, filmmaker and fellow boy lover Pier Paolo Pasolini. One can only imagine the lively conversations shared between these two visionary queer artists.

The Beats Abroad also includes a snapshot of Harold’s apartment in Naples on Via Posillipo, which Morgan described as “what might have been the most spectacular view that any Bear writer ever enjoyed: a panorama of the city, a view of the bay and Mount Vesuvius were all visible from his perch on the side of a cliff.” It was while living in Naples that Harold wrote one of his most famous poems “Classic Frieze in a Garage“.

After Italy, Harold traveled to Paris. Upon the recommendation of Gregory Corso, he took a room at 9 Rue Gît-le-Cœur in the Latin Quarter. Known as the Beat Hotel, its dingy but inexpensive rooms provided residence over the years to a number of Beat writers including Ginsberg, Burroughs, Corso and Norse.

It was there that painter Brion Gysin first discovered the Cut Up method. One day, cutting a matte for a painting, Gysin sliced through a stack of newspapers and discovered startling phrases which appeared from the reordered sections.

William Burroughs was quick to pick up on this innovation which followed upon the shuffled order of sequences in his recently published, and recently banned, novel Naked Lunch. Harold was a significant participant in Cut Ups and his story “Sniffing Keyholes” was singled out by Burroughs and Gysin as a key breakthrough.

Norse’s surviving Cut Ups were eventually published in English as the novella Beat Hotel in 1983. Its first appearance was a 1974 German translation by Carl Weissner with collages by Norman Mustill. It remains the only book composed entirely at the hotel. Selections from Harold’s experiments with reel-to-reel tape recorders at the Beat Hotel were released on cassette by Bart De Paepe’s Sloow Tapes in Belgium under the title Take a Chance In The Void: Harold Norse’s Beat Hotel Recordings.

When the Beat Hotel shuttered its doors in 1963, Harold headed to the Greek Islands and this is where The Beats Abroad logs its final Norse entries. Harold’s first stop was Athens where he found a small apartment just below the Acropolis. Living nearby was the poet Charles Henri Ford whom Harold had known from their Greenwich Village days in the 1940s.

From Athens, Harold periodically traveled to other islands including Poros, Crete, Madouri and Hydra. It was while residing on Hydra that Harold first met the poet and translator Jack Hirschman and the Princess Zina Rachevsky. 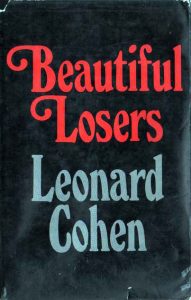 As relayed in his Memoirs of a Bastard Angel, Harold acted as a mentor for a then unknown Canadian folk singer named Leonard Cohen. He was inspired to write after reading Norse’s “Sniffing Keyholes” which made a big impression on the young writer.

The Cut Up story’s bold approach to sexuality and language inspired Cohen to a burst of writing. Fueled by amphetamines and fasting, he created material which eventually became hiss second novel Beautiful Losers.

Though the sun, the sea and the boys all served to inspire Harold’s poetry, some of it published in 1966 as Karma Circuit, he ended up contracting hepatitis on the island then endemic amongst the expatriate community. Harold’s health flagged for the next couple years, precipitating his return to the United States in 1969.